What You Should Know about Youngevity

What You Should Know about Youngevity

Youngevity International, a California-based, publicly-traded penny stock Multilevel Marketing – a way of distributing products or services in which the distributors earn income from their own retail sales and from retail sales made by their direct and indirect recruits. that markets in excess of 1,000 products, including nutritional supplements, sports and energy drinks, cosmetics, and coffees, claims that “[r]ight now people across the globe are transforming their health and their wealth by living the Youngevity lifestyle.” But a TINA.org investigation into Youngevity’s marketing has found a number of issues that makes us believe its health and wealth transformation may not be for the better.

Here’s what you need to know about this MLM (click to expand each point): 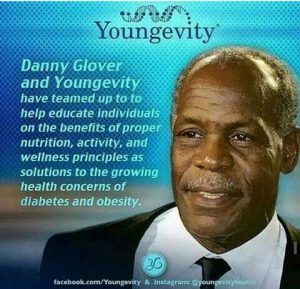 TINA.org found dozens of examples of unsubstantiated health claims being made by Youngevity, its founder, distributors, scientists and others (including the actor Danny Glover) who are associated with the company.

Youngevity claims its products can treat, cure, mitigate and/or prevent cancer, diabetes, fibromyalgia, autism, ADHD, anxiety, MS — and the list goes on and on. (To see a sampling, click here.)

But the problem is that the company doesn’t have competent and reliable scientific evidence to back up these health claims as required by FDA and FTC law-laws that Youngevity founder Joel Wallach knows all too well from his lawsuits against the FDA, the Department of Health and Human Services, and the United States of America. (More on this to come in point 4.)

In fact, Youngevity admits in SEC documents that it has “performed or sponsored only limited clinical studies.”

In 2012, it announced that it was beginning a series of clinical research studies on its mineral blend products at Clemson University’s Institute of Nutraceutical Research, whose mission it said was to, among other things, “enhance consumer demand for quality nutraceutical products.” But the Institute closed and the university now says:

Clemson’s Institute of Nutraceutical Research did some limited preliminary laboratory research for Youngevity several years ago. No clinical trials were performed and Clemson has in no way endorsed any Youngevity product nor authorized the use of Clemson’s name or data in conjunction with any claims of efficacy.

The company also boasts its weight-loss program without any information as to how much the typical consumer will lose using Youngevity products and services, which is also a no-no according to the FTC.

Given this legal backdrop, it might surprise you (then again it may not) to learn that Youngevity does not publish a distributor income disclosure statement, which would – should — give prospective members information about the amount of average earnings distributors actually make in any given year.

And on top of this, the company and its distributors are making income claims without clear and conspicuous income disclosures that would note what typical distributors actually earn. (To see a sampling, click here.)

Earlier this year, Youngevity and its founder Dr. Joel Wallach sued former distributors and another MLM company, Utah-based Wakaya Perfection, claiming, among other things, false advertising, intentional interference with prospective economic advantage, unfair competition and misappropriation of trade secrets. Defendant Wakaya shot back with a lawsuit of its own against Youngevity claiming, among other things, breach of contract, conversion, and tortious interference with existing contractual relations. And while legal complaints usually don’t make for entertaining reading the allegations in these complaints read more like a soap opera with claims of lurid affairs, smuggling, threats, bullying and intimidation, and a pyramid scheme.

Youngevity and its CFO, David Briskie, also brought a lawsuit in April of this year against 10 unknown defendants claiming that the mystery defendants had posted defamatory and untrue content on highly visible websites stating that Briskie “was convicted of securities crimes and sentenced to prison.” Briskie and Youngevity subsequently voluntarily dismissed this action in July. Dr. Wallach, a veterinarian and naturopathic doctor, founded American Longevity Corporation around 1997, which eventually became Youngevity. While Dr. Wallach doesn’t hold any management position with the company, he serves on the company’s Scientific Advisory Board and licenses to Youngevity the rights to use his name and likeness – meaning Youngevity pays Dr. Wallach so it can use his name and picture for marketing purposes. His son, Steve Wallach, is the CEO.

Dr. Wallach has ties to another MLM that TINA.org has investigated — New Vision (and its successor company Vemma), which was sued (see page 278 et seq.) by the FTC for making inappropriate disease-treatment claims. Specifically, in the late 1990s New Vision distributors promoted a free audio tape entitled “Dead Doctors Don’t Lie,” which contained a speech by Dr. Wallach. On the tape, Dr. Wallach claimed that almost all health problems are the result of mineral deficiencies and promoted mineral supplements manufactured by New Vision as a panacea for the listener’s ailments. The FTC used this tape as evidence against New Vision for making inappropriate health claims.

Yet Dr. Wallach continues to make outrageous health claims. Among his claims:

The way to prevent all of these diseases? According to Dr. Wallach, take Youngevity.

No stranger to litigation, Dr. Wallach and American Longevity have twice brought lawsuits against the FDA and the Department of Health and Human Services. The first case, which settled in 2003, permitted dietary supplement labels to claim that vitamin C might reduce the risk of certain cancers, as long as a disclaimer immediately followed. The disclaimer had to state in sum or substance that the “FDA has determined that although some scientific evidence suggests that consumption of antioxidant vitamins may reduce the risk of certain forms of cancer, this evidence is limited and not conclusive.”

In the second case brought in 2004, Dr. Wallach and American Longevity sought, among other things, a declaration that Dr. Wallach and his company could market their 14 nutritional supplements containing magnesium by using disease-treatment claims. The United States District Court for the District of California rejected Dr. Wallach’s claims and entered judgment in favor of the U.S. government in March 2005. Unfortunately, that hasn’t stopped Dr. Wallach, Youngevity or its distributors from making illegal disease-treatment claims. (For more on this see point 1.)

Distributor rules galore: Youngevity distributors have a plethora of rules and provisions to adhere to that are detailed in the company’s 38-page Policies and Procedures manual and in its multiple memos and guidelines, including agreeing to binding arbitration (meaning waiving any right to sue in court or join a class action), and waiving certain claims and monetary damages against the company if any disputes arise. While Youngevity notes in its first quarter 2016 SEC filings that its derives more than 90 percent of its revenue from its direct sales operations, how much individual distributors actually make is a mystery. That’s because the company keeps that information secret. And why would Youngevity not provide this readily available information? It’s probably a fair assumption that if the facts and figures showed that a majority of its distributors were making good money, the company would capitalize on that information and make it available for marketing purposes. So the fact that the company fails to provide this information is definitely a warning sign that many distributors are making little to no money.

Meanwhile, CEO Stephen Wallach – who controls a majority of the shares of the company and thus has control over all its business affairs — and his wife Michelle, who is chief operating officer, are raking in more than a million combined through their base salaries, bonuses and their own distribution positions.

Starting your Youngevity career with a CEO Mega Pak provides exceptional product value and training, but it does so much more! When you purchase any of the Mega Pak options, you become “CEO Qualified’ which makes you eligible to receive many additional earnings and perks.

So touts the company, but what does this much-needed “Pak” cost? You’ll have to spend $500, plus, to be uber eligible for all the bonuses you’re also going to have to enroll in at least a $100 a month auto-ship program. That means that in addition to all the time, energy and cost required to build and market your business, you will spend close to $2,000 just to get your business off the ground in the first year. Do the math – this may just be a losing proposition.

Youngevity on its website boasts that it abides by the Direct Selling Association Code of Ethics and is a pending member. However, given, among other things, the inappropriate health and income claims being made by Youngevity and its distributors, it’s clear that the company is in violation of the DSA’s Code of Ethics. Whether that should preclude Youngevity from becoming a DSA member is up for grabs as there are quite a few full-fledged DSA members making similar inappropriate claims.

In response to a request for comment, Youngevity President and CFO Dave Briskie said in an emails to TINA.org that the company strictly prohibits income and health claims, investigates any violations brought to its attention and will take action to remove any posts that violate policies.

7/9/20: According to a list of current Direct Selling Association (DSA) member companies on the trade group’s website, Youngevity is no longer a member after gaining membership in October 2017. In addition, its CEO, Steve Wallach, no longer serves on the DSA Board of Directors, after being appointed in September 2018.

8/1/16: After alerting Youngevity to inappropriate claims a TINA.org investigation revealed, President and CEO Dave Briskie admitted that the income claims violated company policies and would be taken down and that it was also removing or revising the health claims.

MLM’s health claims fail to stand up to an increased level of scrutiny amid a worldwide pandemic.