Designer Michael Kors Holdings Ltd. is suing Costco claiming it falsely advertised Kors handbags for sale “starting at $99.” Costco is not an authorized retailer of the handbags, which retail starting at $298.

One of the advertisements was a Mother’s Day e-mail promotion featuring pictures of trademarked Kors handbags. The advertisements are allegedly a bait-and-switch designed to lure customers into Costco stores, according to the lawsuit, which was filed in federal court in New York.

The Daily Mail published this picture of what is supposed to be one of the ads in question. 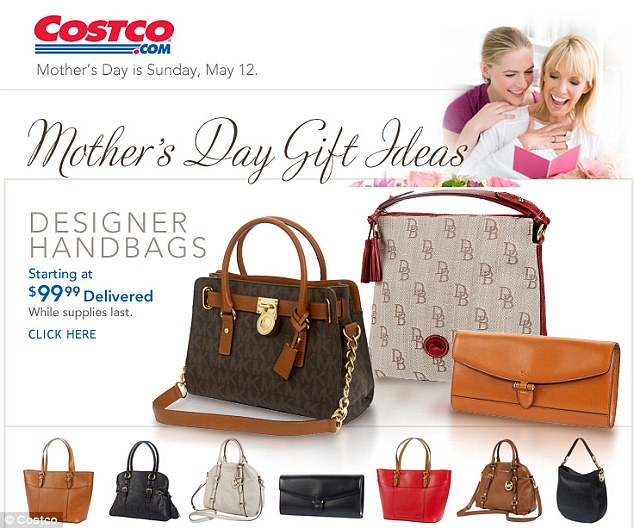 After learning about the advertisements, Kors sent representatives to 19 Costco locations in the U.S. and checked the company’s website. The investigation found that that none of the handbags were actually available at Costco.

Kors is seeking a court order to stop Costco from advertising its products, and to recoup profits plus Money awarded in order to punish the wrongdoer. stemming from the alleged false ads.