Some secrets hurt more than others. Like, say, an interest rate over 5,000 percent.

The ASA ruled that the TV spot included “an incentive to apply for credit” with the phrase “you can even pay back early and save money” and thus should have revealed the RAPR.

Citizens Advice, an independent consumer group in the U.K., reported the TV ad to the ASA, as well as six other payday loan ads from other lenders. The group said in a statement after the regulator’s ruling on Wonga:

Adverts must be clear about what taking out a loan means and how much it will cost. The consequences are really serious when payday lending goes wrong. High Interest rates and fees can mean that a small loan balloons into a huge debt.

In what may be the understatement of the year on a company’s website, Wonga states under its “How it works” tab that its service “isn’t always the cheapest option” and outlines the consequences of not repaying on time: 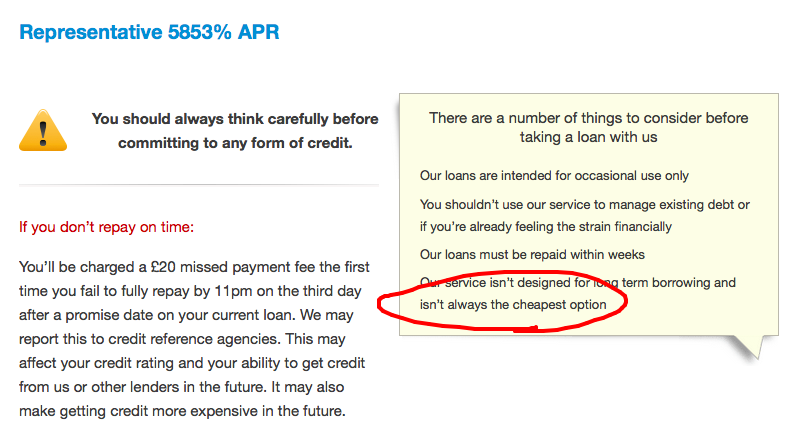 So maybe think twice before you say, show me the wonga.

Click here for more Terms of Surrender posts. And let us know if you think you’ve spotted a potential candidate for next time.

Call it the elephant *not* in the room.